People who pass through the orbit of your life 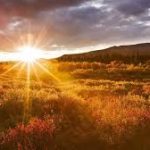 Heidi Harris Show Podcast #20: When Management Doesn’t Have Your Back...
Scroll to top